Originally published December 13th, 2016 – since the time of writing our farm went out of sheep and I split with my husband, but I still retain a nucleus of ram-breeding ewes and a team of good tups, just in case….

Kerry Hills. If you’re aware of them at all, it’s probably because they won your local sheep show with their flashy posing and unique, panda-like markings. Before I moved in with my husband, who had been keeping Kerrys since 2002, I hadn’t really ever registered their presence either. I met them with a completely open mind as a result and I’ve slowly got to know and love them and now hold complete responsibility for our flock.

Quite unusually for a British sheep breed, and frustratingly for sheepgeeks like me, details of their history are hard to come by. Most other breeds seem to be far better recorded and represented in the history books. I constantly scour shepherding books, old and new, and most do not make a mention of Kerrys at all.

My theory on this is that the Kerry as we know it is actually a very modern invention; the style of sheep we have today seems only to have emerged within the last 50years, but it does have ancient roots. Looking at the Kerry of 100years ago we see a heavy, white docile-looking animal much like a white Shropshire! 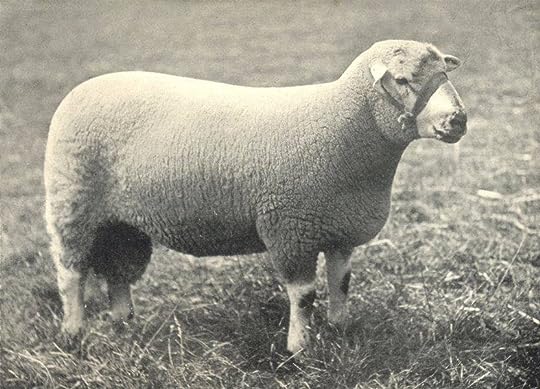 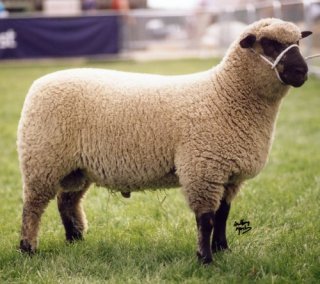 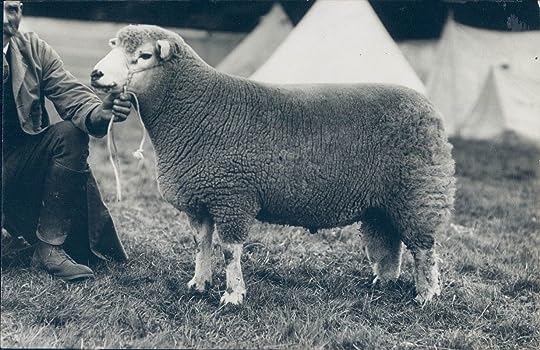 But by 1959 they start looking a lot more familiar: 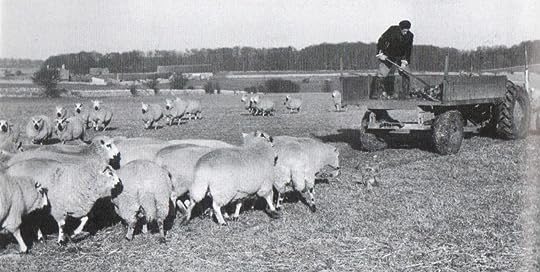 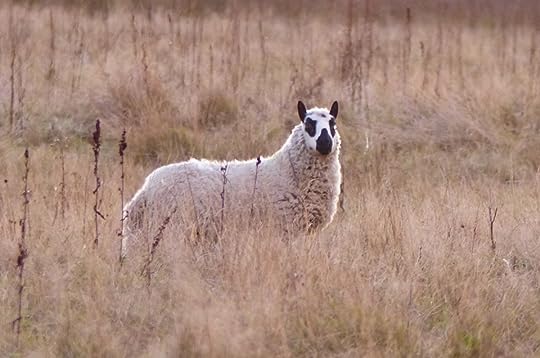 Shropshires were created from the Southdown, by crossing with a ‘sheep from the Welsh border’. Highly likely to be a part of this unknown sheep is the ancestor of the Ryeland from the Hereford area around the corner from Kerry Hill, which in the medieval era had wool known as ‘Lemster Ore’ – highly valued for its fineness above almost all others. In the area 70 years prior to the heyday of the Shropshire, according to John Gorton in 1833, was a breed known as the ‘Cerri’, which gave fine wool free of kemp fibres…sound familiar?

But there’s something else in there with Kerry Hills and what that is, I don’t know, but as the influence of the Shropshire/Ryeland fades and the Kerry becomes a more upright, active and alert animal in the last 50years, proudly strutting around a showring, it seems to be coming out. There was the Cardy, Eppynt, Longmynd and Morfe Common sheep to name but a few in the area since time immemorial. No trace of these remains, they are too far back and history seems to have been keen to forget the ‘ill shaped’ wild little things from a tribe known as ‘heath sheep’. I feel sure these wild little things still reside in the genes of the modern Kerry though, as I recognise Philip Walling’s quote relating to primitive breeds in his book Counting Sheep: A Celebration of the Pastoral Heritage of Britain when I look into the eyes of a Kerry as she stamps her foot defiantly at me:

“Like many of the other ancient breeds, these are proud sheep, independent and not easily intimidated, with a sense of their own dignity and a bearing that commands respect. They are not the slaves of commercial farming…come from an earlier time when relations between people and their animals were regulated by a greater respect for the servitude that domestic animals give their human keepers.”

Kerrys are a world away from a docile Ryeland or Shropshire; catch me at penning or clipping time and every other word is likely to be a curse word as I try to impose my will or get the wool off a wriggling Kerry without nicking their bizarrely thin skin!? When we bought ordinary sheep hurdles in the early days they promptly bust them down and as a result we’ve had to buy specially made reinforced ones a full foot higher. We even went up to 5ft high alpaca hurdles for a particular group of gimmer hoggs and they still got over and away! Is that the spirit of the Morfe Common heathsheep, fighting its way out after all these years?

But, at various junctures over the last seven and a half years I’ve had the opportunity to swap them for a different breed, or get rid of them altogether, and it’s never quite happened in the end. And when I go to the twice yearly York rare breeds sale to find some more, it’s usually a Kerry which sails out of the ring and that usually makes me bid a bit harder as I know that’s a Rosewood sheep that will fit right in!

I worry about them though. Over the last 15yrs I’ve seen them disappear outside the showring and I believe it’s because nowadays farming is very specialised indeed and Kerry Hills are a little ‘vague’ in what they offer apart from a pretty face.

Their wool is OK, but does not compare with Merino, or Blue-Faced Leicester, or Shetland or any of those popular wool breeds. They are good mothers, but aren’t especially prolific (producing many lambs each time) and don’t have the infrastructure of other breeds which offer sales of thousands of females for farmers to pick from reliably every year. Their milk yield won’t rival a Friesland and their meat yield is perfectly adequate, but not spectacular so that ‘terminal sires’ which father butcher’s lambs like Beltexes and Suffolks have nothing to worry about. They wouldn’t survive on the mountaintops like Herdwicks or Blackfaces or Welsh Mountains, either.

So why keep them?

I like to think this vagueness gives them versatility. My area must be the only part of Britain which does not have a native breed of its own – East Yorkshire. Sheep have been kept here for eons; my husband’s earliest farming ancestor was a shepherd over the river in 1870, but no one knows which sheep he had and no one breed dominates here. That means I have a blank canvas to start with, there is a vacuum here for a breed to step in to. The unrecorded past of the Kerry and the fact they sound Irish but are Welsh but nobody knows that anyway means I’m not facing the incongruity of selling Leicester lamb in Aberdeen, and so on.

The world changes; Consumer demand swings from wool to meat to milk and maybe back again, and some breeds fall foul of it if they are too specialised. The Kerry sails past all this though, doing its thing, producing a reasonable carcasse, wool and if pressed, milk (yes I’ve milked ours!). You can always give them a nudge in the right direction with a judicious cross, too. I’ve tried crosses for meat, wool and hardiness and always been pleased with the results.

This is only one end of the process though – what a sheep can produce. That always has to be balanced with what you’ve got to produce it with. Kerrys are equally as flexible here. I know I could bang up a hydroponic greenhouse and my Kerrys would produce the same 40kg shapely carcasse the customer has come to expect, munching on leftover cabbages and tomatoes in a shed, as they would out on a hillside.

A few years ago, we were struggling for acreage and had to make maximum use of our grass. My early farming career was preoccupied with intensification-with-sustainability and the impossible issue of land purchase. The Kerrys had to calm themselves sufficiently to stay in small paddocks and be rotated daily – they did. That was all reversed in a bizarre twist which saw the local marshes empty of stock keepers in the face of new nature-centric rules. Enter me and my Kerrys, who adapted with relish to a larger, rougher area.

As a farmer, this gives me a bit of peace of mind: I’m not completely sold on specialisation. , I’m not one of those farmers who comes from a long line, with an ancestral farmhouse and owned acres. I’ve clawed my way in and need to be quick on my feet to stay in, ready to exploit any opening I spot. I’ve adapted before, and I like to think I’ll be able to adapt again more less come what may, even with my meagre resources, with my chosen breed. Thank you, Kerry Hills!